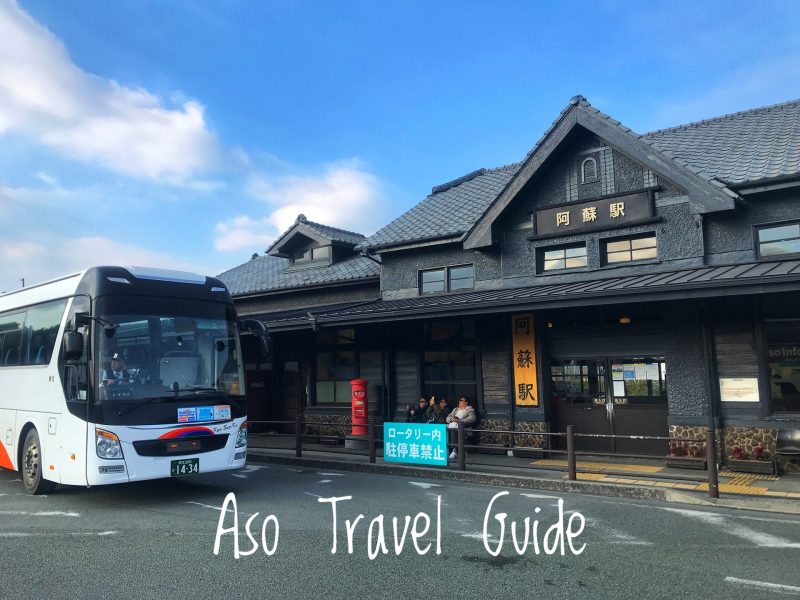 Read on our Aso travel guide if you are looking for how to get to Aso and getting around to sightseeing places. Find the best way to travel.

Mount Aso (阿蘇山, Asosan) is a popular attraction in Kumamoto prefecture. There are many beautiful attraction can be plan for one day or two day Aso Itinerary. The active volcano and the world’s largest caldera give unforgettable experiences when visiting Aso. However, Aso is not easily accessed by public transport, especially after the 2016 earthquake.

We visited Aso as part of our Kyushu travel trip. Although it is difficult to access by public transport but pretty straightforward. Before the trip, we had a hard time looking for transportation information and still confused. It is very easy after our visit. Continue read on.

How To Get To Aso

There are various ways to get there by bus or by train. We had listed some of the useful Aso transport information if you are planning on Aso travel itinerary.

How To Get To Aso by public transport:

From Beppu/Oita To Aso By Train

Firstly, from Beppu/Oita, you can either take a bus or train to Aso Station. From there, transfer to a local bus to Mount Aso.

However, there are only about 3 hours of visiting time if you choose to get to Aso from Beppu by direct train within one day. There is also a local JR train is running between Oita and Aso Station with approximately 2 hours of traveling time.

The traveling time difference for direct train and local train is about the same. For those who plan for 1-Day Aso Itinerary by JR train, it is an alternative option so that you can have a longer time to visit Aso’s attraction. The only bad thing is the local train is not comfortable compare with the express train.

Train from Beppu to Oita only takes about 10 minutes.

One way of express train journey cost about ¥3000. If you are planning to travel to Aso and Kyushu area by train, consider getting the Kyushu JR Pass (3-Days/5-Days). This pass will greatly save on the transportation pass. Valid for foreign visitors only.

From Beppu To Aso By Bus

Aso Travel Tips: Get discounted Kyushu SunQ Pass from Klook with cheaper price. Pick up at Fukuoka Airport HIS counter and activate in Kyushu Service Counter beside. Advanced purchase is cheaper compare with buying on the spot.

From Kumamoto To Aso By Bus

Unfortunately, there is only bus is running between Kumamoto and Aso. The train service had been badly destroyed by 2016 earthquake. It needs time and a huge amount for reconstruction. The Kyushu Odan Bus is the only transport if you wish to get to Aso from Kumamoto by public transport. There are three buses per day (120 minutes, ¥1500). You can choose to board the bus from Kumamoto station or Kumamoto Sakuramachi Bus Terminal.

No doubt, self-driving is the best way to visit Aso. There are many rent a car offices are available to plan for your onward journey. Most of the offices are located at the airport. You can pick up your rental car once you get off from Fukuoka Airport or Kumamoto Aso Airport.

We recommended renting your rental car from RentalCars.com for the best deal. You can freely choose your car rental, pick up and drop off location at your reference. Most importantly, the best price guarantee. Driving in Kyushu is one of the leisure things to explore the attraction at your own pace. There are plenty of car parks at Aso’s attraction to park their car.

Related Post: Tips on Renting Car and Driving in Japan

Getting Around by Sanko Bus

Once you get off from the train station, you can take the local bus (Sanko Bus) for sightseeing. The travel information counter is available inside the train station. They are very helpful if you need some help for visiting around. Added, you can also get the bus schedule to the volcano crater, Kusasenri or Daikanbo.

While the bus station located right beside the train station. You can purchase your bus ticket inside the station.

The popular Kusasenri and Aso Crater are located about 20 to 30 minutes from Aso station. Sanko bus runs between Aso station to Kusasenri station at ¥570 and Asosan Nishi-Eki station (Mt Aso) at ¥650.

The One-day bus pass at ¥1300 for an unlimited bus ride for getting around. It does not save much but you can board the bus in more convenient. Added, IC card also acceptable for Sanko bus. The SunQ bus pass is covered for this bus route.

However, the Japan Meteorological Agency has announced that they have raised the eruption level alert of Mt. Aso from level 1 to Level 2. This means that restricting entry around the surroundings within a 1km range. That is to say, the closest we can get to Mount Aso is until the Asosan Nishi-Eki station. Too bad we miss the chance to get closer to this famous active volcano in Japan.

We already checked and understand that Asosan is close to the increasing of eruption level of volcano activities. Our main travel attraction is visiting the Kusasenri. But we still decided to get to the Asosan Nishi-Eki station and wandering around. We stayed about 10 minutes and then boarded the same bus to Kusasenri.

For those who also plan on travel itinerary to Aso, make sure to check on the official website. (https://www.kyusanko.co.jp/aso/business/)

Lastly, hopefully, my Aso travel guide can help if you are looking for transportation to access there. Aso is part of our Kyushu travel itinerary to Kumamoto prefecture. Read on our travel blog to other attractive places nearby. Enjoy your Aso trip!

Things To Do in Aso For 1-Day Aso Itinerary 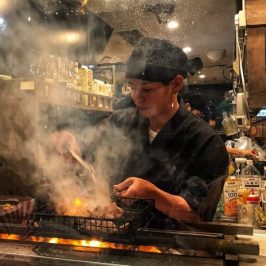 We tried on various of best food in Tsukadanojo Miyazaki Honten and highly recommended if... 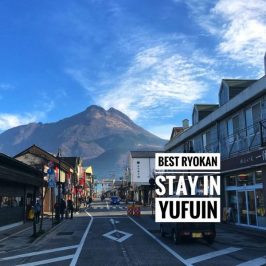 Discover the top pick on best ryokan stay in Yufuin, Oita if you are looking... 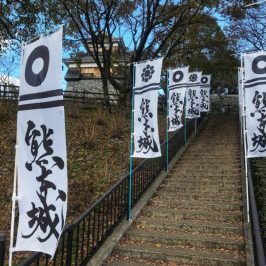 Planning your trip to Kumamoto? Here are the helpful guides to help you find the... 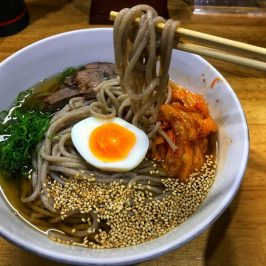 Enjoy a bowl of handmade reimen from Rokusei Beppu to release from warm after soaking... 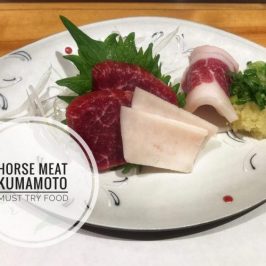 Do you ever tasted the basashi or horse meat sashimi? A must try local food...

One day Sasebo itinerary and Kujukushima sightseeing cruise which delight you with spectacular scenery. A trip... 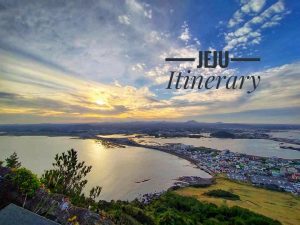 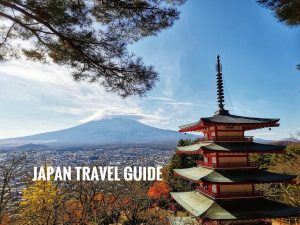 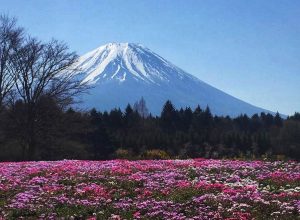 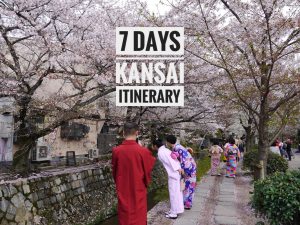 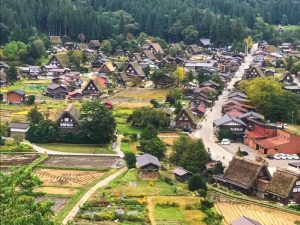 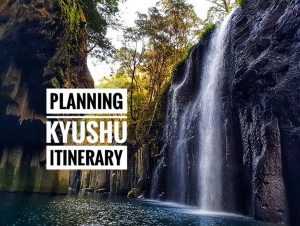 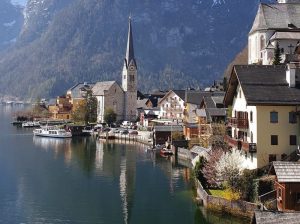